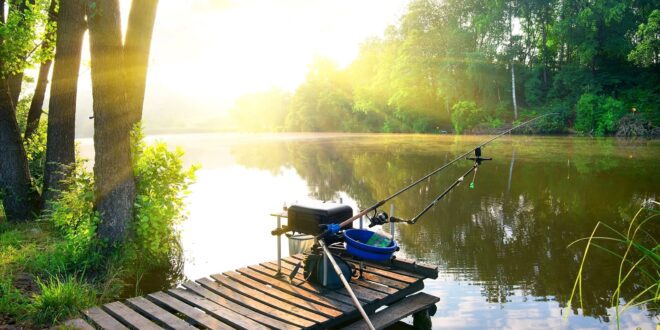 A good ol’ Alabama boy won a bass boat in a raffle drawing.
He brought it home and his wife looks at him and says…
“What you gonna do with that. There ain’t no water deep enough to float a boat within 100 miles of here.”

His brother came over to visit several days later. He sees
the wife and asks where his brother is.

She says, “He’s out there in his bass boat,” pointing to the field behind the house.

The brother heads out behind the house and sees his
brother in the middle of a big field sitting in a bass boat with a fishing rod in his hand. He yells out to him, “What are you doin’?”

His brother replies, “I’m fishin.’ What does it look like I’m a doin’?”

His brother yells, “It’s people like you that give people from Alabama a bad name, makin’ everybody think we’re stupid. If I could swim, I’d come out there and whip you!”

A redneck with a bucket full of live fish was approached recently by a game Warden in Central Mississippi as he started to drive his boat away from a lake.

The game warden asked the man, “May I see your fishing license please?”

“Naw, sir,” replied the redneck. “I don’t need none of them there papers.
These here are my pet fish.””Pet fish?? Yep. Once a week, I bring these here fish o’mine down to the lake and let ’em swim ’round for a while. Then when I whistle, they swim right back into My net and I take ’em home.”

“What a line of bull. You’re under arrest.”

The redneck released the fish into the lake and stood and waited.
After a few minutes, the warden said, “Well?”

The warden asked, “When are you going to call them back?”

“The FISH,” replied the warden!

Previous Friends in Heaven
Next Medical Benefits of Tea