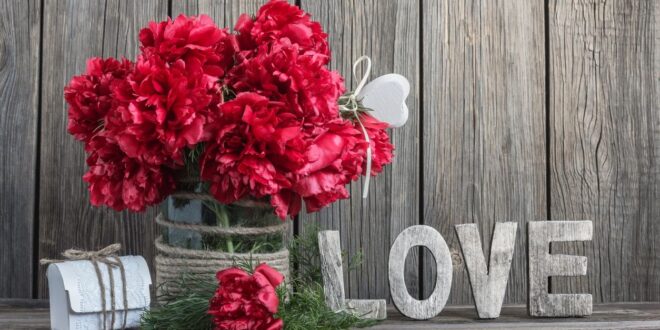 I had been widowed for 3 1/2 years, when my dearest friend arrived for a visit with her latest husband of 6 years. She wanted so much for us to meet before her death, as she was facing her last days here on this earth. Well, he was a very nice looking man, a cowboy really, and a long haul truck driver. So, we struck up a nice friendly relationship that made my dear friend very happy. She said to me, “when my time comes, please do not let him be alone.” I made her this promise, never realizing that he would, after a period of grieving for her, ask me to come and live with him.

The way he approached me was by telling me he had a big surprise for me, as his late wife had planned this vacation of a sort for the two of us to be taken after her death. Shocked beyond belief I accepted his invitation, as this was one of her last wishes. But he was not to tell me where we were to go… just pack a bag for a week and trust him to do as she had requested. So, with some skepticism I packed my bag and waited for him to pick me up and off we went, taking over five hours to arrive at out destination… the Horse Shoe Casino. Well, let me tell you, I was like a child set loose in a candy store. I had never been in a casino before, and all of the excitement made all of the adrenaline flow like magic… and I became very at ease with the situation.

We spent a lovely week together and talked of many things, one of which he said he was not going to be alone – he had chosen me as his companion for the balance of our live,s if I would but accept him. I told him I had to give this a lot of consideration, as I had never planned on marrying again. So, he let me know what was ahead for me and would wait for my reply.

We wrote back and forth and talked on the phone almost every night. He was out on his trips across the country and would relate to me all of the things he was seeing so I could feel as if I was there with him to enjoy them as well. Knowing I was so fascinated and intrigued by his stories, he asked if I would like to take a trip on his next run out West with him. So, I accepted… and much to my delight, I found I loved the open road as he would take extra pains to see I could enjoy a new and exciting place each morning and night as we traveled together. He was so sweet and caring I could not help but fall madly in love with him and accepted his marriage proposal when he got down on one knee and asked to take his name and be his wife. Granted, as he had said to me, she will always hold a special place in my heart, but I have found my long awaited soul mate.

We made a number of trips over the country and I had moved to his home where we shared so many wonderful dreams and plans of our future together. After we both felt that enough time had elapsed, we set the date for our marriage and set about making all of the final little details of a glorious wedding. On the night just, 3 hours before his untimely death, we had sat and said to one another, “well, neither of us will leave this world alone, unloved or unwanted, as we have one another.” So, as he gently touched my face and said, “I do love you with all of my heart, now and forever more… so never leave me.” I promised him I would always be here for him and he went in and tried to sleep.

After two hours of fretful rest, he arose and headed to the bathroom only to collapse in respiratory arrest where I administered CPR and was able to have him up and coherent when the medics arrived. But he still was in need of oxygen, so he was placed in the ambulance with me at his side and, once he was in route to the hospital, he said to me as his last words ever spoken alive… ” I love you babe, everything is going to be alright, so don’t worry.” But once said that, he went into cardiac arrest never to come out again and, with being placed on life support for 25 minutes, he completely flat lined, leaving me behind to ride the roads all alone once more.

As I was placing him in the ground, I felt this flutter about me and glanced around to see this golden butterfly wing towards heaven, letting me know he was on the road again… but to God’s highway this time. When he would awaken on the road, he would always say to me, “come on babe, it’s time to be on the road again,” and off we would go. So, I know in my heart when he awakens from this trip he will once again call out to me in his usual manner, “okay babe, time to be on the road again”… and I will meet him at the gate and we will forever ride the golden streets of heaven as we had planned.

He had passed to the other side just three weeks before our scheduled date of earthly marriage, but, in my heart of hearts, I was married to him in the eyes of God… for we had made out vows on a mountain top to each other before God. And even if we had never stood before man and made this vow, on the eve of his passing he had announced to all of his friends our date to be forever more together.

So, on this day, which was to be the date of our proposed marriage, I went to the cemetery, where he is at rest, and made my vows once more to him in a prayer to God. So I know our marriage is approved by God, for as I said my prayer, another butterfly joined with another and they both flew towards heaven side by side.

Thankful for a true love of a life time…

Elizabeth Cook ( Sackett ) – or at least in my heart it is so.

Previous To Heal A Thousand Wounds
Next Miracle By Chance