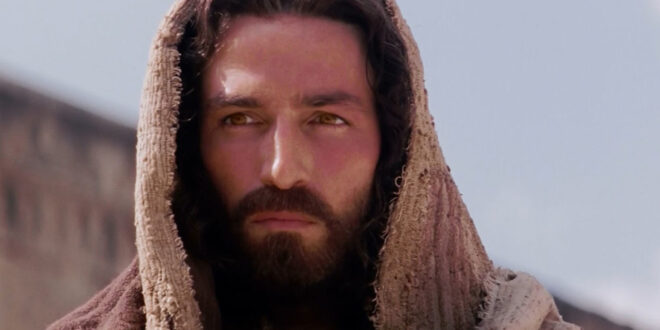 He is the author of seven books and, along with his law practice, serves as the president of both the “Your Catholic Voice Foundation” and “Common Good.” Here is what he had to say after viewing Mel Gibson’s movie “The Passion”.

I really did not know what to expect. I was thrilled to have been invited to a private viewing of Mel Gibson’s film “The Passion,” but I had also read all the cautious articles and spin.

I grew up in a Jewish town and owe much of my own faith journey to the influence. I have a life long, deeply held aversion to anything that might even indirectly encourage any form of anti-Semitic thought, language or actions.

I arrived at the private viewing for “The Passion”, held in Washington D.C., and greeted some familiar faces. The environment was typically Washingtonian, with people greeting you with a smile but seeming to look beyond you, having an agenda beyond the words.

The film was very briefly introduced, without fanfare, and then the Room darkened. From the gripping opening scene in the Garden of Gethsemane, to the very human and tender portrayal of the earthly ministry of Jesus, through the betrayal, the arrest, the scourging, the way of the cross, the encounter with the thieves, the surrender on the Cross, until the final scene in the empty tomb, this was not simply a movie; it was an encounter, unlike anything I have ever experienced.

In addition to being a masterpiece of film-making and an artistic triumph, “The Passion” evoked more deep reflection, sorrow and emotional reaction within me than anything since my wedding, my ordination or the birth of my children. Frankly, I will never be the same.

When the film concluded, this “invitation only” gathering of “movers and shakers” in Washington,D.C. were shaking indeed, but this time from sobbing. I am not sure there was a dry eye in the place. The crowd that had been glad-handing before the film was now eerily silent. No one could speak, because words were woefully inadequate.

We had experienced a kind of art that is a rarity in life, the kind that makes heaven touch earth.

One scene in the film has now been forever etched in my mind. A brutalized, wounded Jesus was soon to fall again, under the weight of the cross. His mother had made her way along the Via Della Rosa.

As she ran to him, she flashed back to a memory of Jesus as a child, falling in the dirt road outside of their home. Just as she reached, to protect him from the fall, she was now reaching to touch his wounded adult face. Jesus looked at her with intensely probing and passionately loving eyes (and at all of us through the screen) and said, “Behold, I make all things new.”

These are words taken from the last book of the New Testament, the Book Of Revelations. Suddenly, the purpose of the pain was so clear and the wounds, that earlier in the film had been so difficult to see in His face, His back, indeed all over His body, became intensely beautiful. They had been borne, voluntarily, for love.

At the end of the film, after we had all had a chance to recover, a Question and answer period ensued. The unanimous praise for the film, from a rather diverse crowd, was as astounding as the compliments were effusive. The questions included the one question that seems to follow this film, even though it has not yet even been released:

“Why is this film considered by some to be “anti-Semitic?”

Frankly, having now experienced (you do not “view” this film) “The Passion,” it is a question that is impossible to answer. A law professor whom I admire sat in front of me. He raised his hand and responded, “After watching this film, I do not understand how anyone can insinuate that it even remotely presents that the Jews killed Jesus.

It doesn’t.” He continued, “It made me realize that my sins killed Jesus.” I agree.

There is not a scintilla of anti-Semitism to be found anywhere in this powerful film. If there were, I would be among the first to decry it.

It faithfully tells the Gospel story in a dramatically beautiful, sensitive and profoundly engaging way. Those who are alleging otherwise have either not seen the film or have another agenda behind their protestations.

This is not a “Christian” film, in the sense that it will appeal only to those who identify themselves as followers of Jesus Christ. It is a deeply human, beautiful story that will deeply touch all men and women.

It is a profound work of art. Yes, its producer is a Catholic Christian and thankfully has remained faithful to the Gospel text; if that is no longer acceptable behavior, then we are all in trouble.

History demands that we remain faithful to the story, and Christians have a right to tell it. After all, we believe that it is the greatest story ever told and that its message is for all men and women. The greatest right is the right to hear the truth.

We would all be well advised to remember that the Gospel narratives, to which “The Passion” is so faithful, were written by Jewish men who followed a Jewish rabbi, whose life and teaching have forever changed the history of the world. The problem is not the message, but those who have distorted it and used it for hate, rather than love.

The solution is not to censor the message, but rather, to promote the kind of gift of love that is Mel Gibson’s film making masterpiece, “The Passion.”