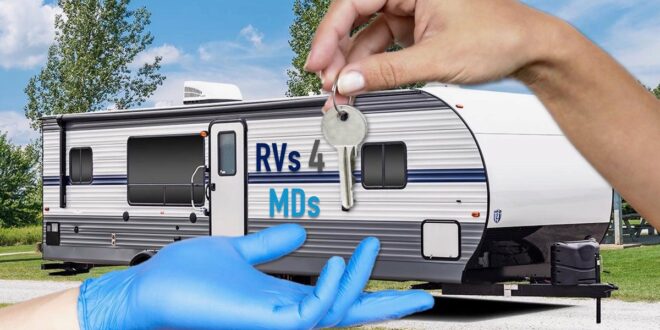 RVs 4 MDs is connecting “frontline healthcare workers” with RV and camper owners across the country, and now globally, to give nurses, doctors, and hospital staff members a safe place to isolate away from their families while the coronavirus pandemic continues to rage across the country.

The Facebook group was originally made when cofounder Emily Phillips’s mother gave her the idea to post on her personal Facebook asking friends for an RV or camper for her husband, Jason, an ER doctor.

Jason needed to isolate from his wife and their three children, which was especially important because Emily and their eight-year-old child both have asthma, putting them at a higher risk of contracting coronavirus.

A mutual friend then connected Emily with Holly Haggard, whose mother had a camper that wasn’t being used. With Haggard’s mother’s permission, Haggard decided to lend the RV to the Phillips, uniting two strangers around a mutual mission.

Now, almost three weeks later, there are over 24,600 Facebook members in the group, and its sister Facebook page — which Haggard recommends as the starting place for those interested in joining the movement — has over 10,000 likes.

The Facebook group is now flooded with posts from both RV and camper owners, and frontline healthcare workers looking for vehicles to temporarily live in so they can isolate themselves from their families.

Now, every time she checks her phone, new requests to join the group pop up.

Those interested in temporarily donating their RV can either submit their campers through a Google Form or “self-match” by posting their vehicles on the Facebook group feed to prompt a local healthcare worker to reach out. CLICK HERE TO POST >

Previous The SLOWEST Blackbird Flight
Next A Warrior, A Fighter