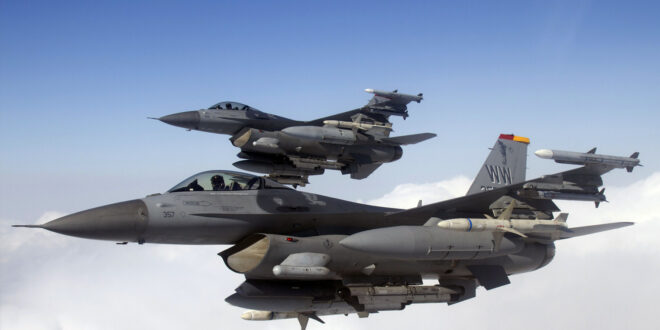 The next time someone tries to tell you that American military forces are nothing but death-dealing, mindless killers, tell them to talk to Salam Shalaam, who flew MiG-23s with the Iraqi Air Force during the 1991 Gulf War.

He was ordered to fly his aircraft to Iran, where it would be safe from the U.S. Air Force’s far-reaching hand. He never made it.

En route, he was intercepted by two USAF F-16 Fighting Falcons. The experienced pilot tried in vain to lose the two jets. Moving and maneuvering as best he could, he thought he lost one of the pursuers. Turning and burning, yanking and banking, putting hard G’s on himself and his aircraft, he tried every trick he knew to stay alive and, for a second, he thought he might have succeeded.  It was life or death, Shalaam knew, because American fighter pilots were just itching to put an AIM-9 missile up his tailpipe and shout “Fox Two, splash one.”

But just as he began to work on losing the second aircraft, it became very clear to him he had not lost either jet. “They had tricked me,” he said. “I saw only one, but the other one came around, and they had me.”

Shalaam was well aware it’s every fighter pilot’s dream to shoot down an enemy aircraft, especially a MiG. Not only does it look great on a resume, but MiG-killers assume a special significance in the fighter pilot community.
They are elevated from their usual God-like identity to something even more special, a walking, talking, jet jock MiG-killer. Their swagger, if possible, becomes even more pronounced.

Younger pilots look at them in awe and a squadron command awaits.

Some get elected to Congress.

Shalaam knew he was about to meet Allah.

Then, over his radio, he heard a most unexpected message from one of the Air Force pilots.

Shalaam is still around, he says, because he said he took the smart route and ejected safely. That was the first time he saw an F-16 up close and personal.

Think about that for a minute: an American fighter pilot who had a MiG in his sights and a sure kill elected to let another scared human being live by giving him a choice. Sure, he got credit for the destruction of the MiG, but odds are there was some criticism from his cronies for giving the enemy pilot a new lease on life.

But on Dec. 7, a living, breathing Maj. Salam Shalaam got another look at a Fighting Falcon; however, this time it was not in pursuit but safely tucked inside a shelter at Balad Air Base, Iraq.

“This is a like a dream come true for me,” said Major Shalaam, a member of the new Iraqi Air Force who works as a liaison between the Iraqi Multi-National Force and the Americans. “It’s always been a dream for me to go out and see the F-16s and meet American pilots.”

In his 18-year career, he said he has logged 845 hours of flying and longs for the day he can fly again.

“Right now all the Iraqi air force has is helicopters,” Major Shalaam said. “Our main goal is reconstruction, but I will fly again someday, most definitely.”

Maj. Jose Pinedo, the assistant director of operations with the 421st Expeditionary Fighter Squadron, commented: “I never thought I’d be giving a tour … on Iraqi soil to an Iraqi pilot who was shot down by a U.S. plane.”

The American and Iraqi pilots appeared to have a camaraderie about them that all could sense.

“Military pilots of different nationalities share bonds that transcend political boundaries,” Major Pinedo said. “Their love of flying, sense of duty and adventure provide some of the common ground that brings them together.”

“That is just the nature of pilots,” Major Shalaam said. “We have a respect for each other.”

Shalaam did not say if he found out the name of the pilot who saved his life by giving him a choice. He must wonder, however, at the tendency of the American media to find fault with their own troops when one gave him his life back and no word of it was ever mentioned.

User Rating: Be the first one !
Share
Previous Christian The Lion
Next I’m Older Than Dirt