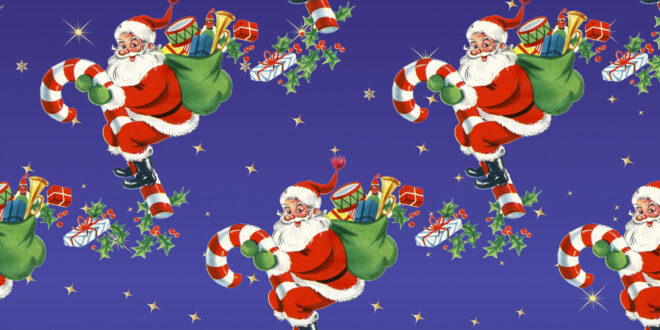 This guy goes into his dentist’s office, because something is wrong with his mouth. After a brief examination, the dentist exclaims, “Holy Smoke! That plate I installed in your mouth about six months ago has nearly completely corroded! What on earth have you been eating?”

“Well… the only thing I can think of is this… my wife made me some asparagus about four months ago with this stuff on it… Hollandaise sauce she called it… and doctor, I’m talkin’ DELICIOUS! I’ve never tasted anything like it, and ever since then I’ve been putting it on everything… meat, fish, toast, vegetables… you name it!”

“That’s probably it,” replied the dentist “Hollandaise sauce is made with lemon juice, which is acidic and highly corrosive. It seems as though I’ll have to install a new plate, but made out of chrome this time.”

“Why chrome?” the man asked.

“Well, everyone knows that there’s no plate like chrome for the Hollandaise!”

Three men died on Christmas Eve and were met by Saint Peter at the pearly gates.

“In honor of this holy season,” Saint Peter said, “You must each possess something that symbolizes Christmas to get into heaven.”

The first man fumbled through his pockets and pulled out a lighter. He flicked it on. “It represents a candle,” he said. “You may pass through the pearly gates,” Saint Peter said.

The second man reached into his pocket and pulled out a set of keys. He shook them and said, “They’re bells.” Saint Peter said, “You may pass through the pearly gates.”

The third man started searching desperately through his pockets and finally pulled out a pair of women’s glasses.

St. Peter looked at the man with a raised eyebrow and asked, “And just what do those symbolize?”

The game show contestant was only 200 points behind the leader and about to answer the final question – worth 500 points!

The contestant, a man in his early thirties, gave a sigh of relief, gratified that he had drawn such an easy question. “Rudolph!” he said confidently, “and, …Olive!”

The studio audience started to applaud (like the little sign above their heads said to do), but the clapping quickly faded into mumbling, and the confused host replied, “Yes, we’ll accept Rudolph, but could you please explain… ‘Olive?!?'”

“You know,” the man circled his hand forward impatiently and began to sing, “Rudolph the Red Nosed Reindeer – had a very shiny nose. And if you ever saw it, you would even say it glowed. *Olive,* the other reindeer…”

Two young boys were spending the night at their grandparents the week before Christmas. At bedtime, the two boys knelt beside their beds to say their prayers when the youngest one began praying at the top of his lungs.

His older brother leaned over and nudged the younger brother and said, “Why are you shouting your prayers? God isn’t deaf.”

To which the little brother replied, “No, but Grandma is!”

In a small Southern town there was a “Nativity Scene” that showed great skill and talent had gone into creating it. One small feature bothered me. The three wise men were wearing firemen’s helmets. Totally unable to come up with a reason or explanation, I left.

At a “Quick Stop” on the edge of town, I asked the lady behind the counter about the helmets. She exploded into a rage, yelling at me, “You damn Yankees never do read the Bible!”

I assured her that I did, but simply couldn’t recall anything about firemen in the Bible.

She jerked her Bible from behind the counter and ruffled through some pages, and finally jabbed her finger at a passage. Sticking it in my face she said… “See, it says right here, ‘The three wise man came from afar.'”

It was Christmas Eve and, while at the meat counter, a woman was anxiously picking over the last few remaining turkeys in the hope of finding a large one.

In desperation she called over a shop assistant and asked, “Excuse me. Do these turkeys get any bigger?”

It was the day after Christmas at a church in San Francisco. Pastor Mike was looking at the nativity scene outside when he noticed the baby Jesus was missing from the figures.

Immediately, Pastor Mike turned towards the church to call the police. But as he was about to do so, he saw little Jimmy with a red wagon, and in the wagon was the figure of the little infant, Jesus.

Pastor Mike walked up to Jimmy and said, “Well, Jimmy, where did you get the little infant?”

Jimmy replied, “I got him from the church.”

“And why did you take him?”

With a sheepish smile, Jimmy said, “Well, about a week before Christmas I prayed to little Lord Jesus. I told him if he would bring me a red wagon for Christmas, I would give him a ride around the block in it.”

A guy bought his wife a beautiful diamond ring for Christmas.

After hearing about this extravagant gift, a friend of his said, “I thought she wanted one of those sporty four-wheel-drive vehicles.”

“She did,” he replied. “But where was I going to find a fake Jeep?”

Toy Store: “Ho, ho, ho spoken here.”
Bridal boutique: “Marry Christmas.”
Outside a church: “The original Christmas Club.”
At a department store: “Big pre-Christmas sale. Come in and mangle with the crowd.”
A Texas jewelry store: “Diamond tiaras — $70,000. Three for $200,000.”
A reducing salon: “24 Shaping Days until Christmas.
In a stationery store: “For the man who has everything… a calendar to remind him when payments are due.”

One Christmas, Joe and Peter built a skating rink in the middle of a field. A shepherd leading his flock decided to take a shortcut across the rink. The sheep, however, were afraid of the ice and wouldn’t cross it. Desperate, the shepherd began tugging them to the other side.

“Look at that,” remarked Peter to Joe, “That guy is trying to pull the wool over our ice!”

User Rating: Be the first one !
Share
Previous Gifts For Friends For FREE
Next A Gift of Peace and Hope