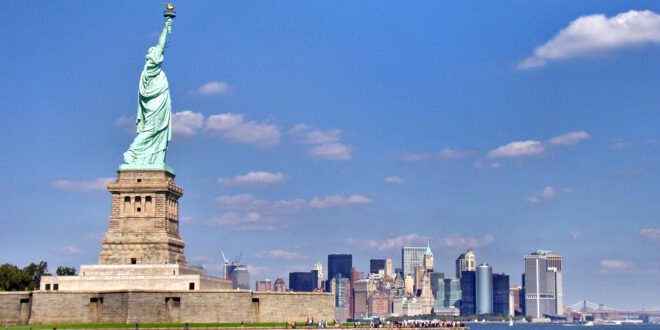 To Kill An American

A TRUE Story by Peter Ferrara

Around the time of 9/11, someone in Pakistan had published (in a newspaper) an offer of a reward to anyone who “killed an American”… any American. So, to let everyone know what an American is (so they’d know one when they found one), Peter Ferrara wrote this editorial message, which is absolutely TRUE, according to our friends at TruthorFiction.com! It was published in National Review magazine shortly after the Attack on America in September, 2001. Ferrara is an associate law professor at the George Mason University School of Law.

An American is English, or French, or Italian, Irish, German, Spanish, Polish, Russian or Greek. An American may also be Canadian, Mexican, African, Indian, Chinese, Japanese, Korean, Australian, Iranian, Asian, or Arab, or Pakistani or Afghan. ”

An American may also be a Comanche, Cherokee, Osage, Blackfoot, Navaho, Apache, Seminole or one of the many other tribes known as Native Americans.

An American is Christian, or he could be Jewish, or Buddhist, or Muslim. In fact, there are more Muslims in America than in Afghanistan. The only difference is that in America they are free to worship as each of them chooses.

An American is also free to believe in no religion. For that he will answer only to God, not to the government, or to armed thugs claiming to speak for the government and for God.

An American lives in the most prosperous land in the history of the world. The root of that prosperity can be found in the Declaration of Independence, which recognizes the God given right of each person to the pursuit of happiness.

An American is generous. Americans have helped out just about every other nation in the world in their time of need, never asking a thing in return.

When Afghanistan was over-run by the Soviet Army 20 years ago, Americans came with arms and supplies to enable their people to win back their country!

As of the morning of September 11, Americans had given more than any other nation to the poor in Afghanistan. Americans welcome the best of everything… the best products, the best books, the best music, the best food, the best services. But they also welcome the least.

The national symbol of America, “The Statue of Liberty,” welcomes your tired and your poor, the wretched refuse of your teeming shores, the homeless, tempest tossed. These in fact are the people who built America.

Some of them were working in the Twin Towers the morning of September 11, 2001, earning a better life for their families. It’s been told that the World Trade Center victims were from at least 30 different countries, cultures, and first languages, including those that aided and abetted the terrorists.

So, you can try to kill an American if you must. Hitler did. So did General Tojo, and Stalin, and Mao Tse-Tung, and other blood-thirsty tyrants in the world. But, in doing so you would just be killing yourself. Because Americans are not a particular people from a particular place. They are the embodiment of the human spirit of freedom. Everyone who holds to that spirit, everywhere, is an American.

Look around you. You may find more Americans in your land than you thought were there. One day they will rise up and overthrow the old, ignorant, tired tyrants that trouble too many lands. Then those lands, too, will join the community of free and prosperous nations. And America will welcome them!

GOD BLESS OUR WONDERFUL NATION… and pass this around the World!

User Rating: Be the first one !
Share
Previous An Ornament For Christmas
Next Ear Infections