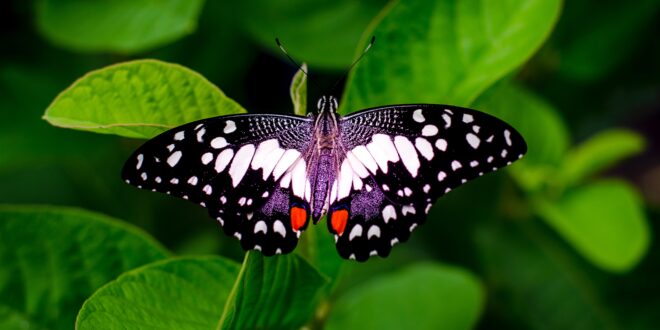 True Story Of Courage And Love

Walking down a path through some woods in Georgia, I saw a water puddle ahead on the path. I angled my direction to go around it on the part of the path that wasn’t covered by water and mud. As I reached the puddle, I was suddenly attacked! Yet I did nothing, for the attack was so unpredictable and from a source so totally unexpected. I was startled as well as unhurt, despite having been struck four or five times already. I backed up a foot and my attacker stopped attacking me. Instead of attacking more, he hovered in the air on graceful butterfly wings in front of me. Had I been hurt I wouldn’t have found it amusing, but I was unhurt, it was funny, and I was laughing. After all, I was being attacked by a butterfly!

Having stopped laughing, I took a step forward. My attacker rushed me again. He rammed me in the chest with his head and body, striking me over and over again with all his might, still to no avail. For a second time, I retreated a step while my attacker relented in his attack. Yet again, I tried moving forward. My attacker charged me again. I was rammed in the chest over and over again. I wasn’t sure what to do, other than to retreat a third time. After all, it’s just not everyday that one is attacked by a butterfly. This time, though, I stepped back several paces to look the situation over. My attacker moved back as well to land on the ground. That’s when I discovered why my attacker was charging me only moments earlier. He had a mate and she was dying. She was beside the puddle where he landed.

Sitting close beside her, he opened and closed his wings as if to fan her. I could only admire the love and courage of that butterfly in his concern for his mate. He had taken it upon himself to attack me for his mate’s sake, even though she was clearly dying and I was so large. He did so just to give her those extra few precious moments of life, should I have been careless enough to step on her. Now I knew why and what he was fighting for. There was really only one option left for me. I carefully made my way around the puddle to the other side of the path, though it was only inches wide and extremely muddy. His courage in attacking something thousands of times larger and heavier than himself just for his mate’s safety justified it. I couldn’t do anything other than reward him by walking on the more difficult side of the puddle. He had truly earned those moments to be with her, undisturbed.

I left them in peace for those last few moments, cleaning the mud from my boots when I later reached my car.

Since then, I’ve always tried to remember the courage of that butterfly whenever I see huge obstacles facing me. I use that butterfly’s courage as an inspiration and to remind myself that good things are worth fighting for.