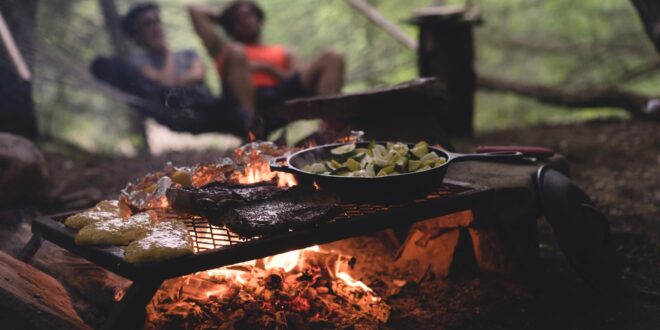 Sherlock Holmes and Dr. Watson went on a camping trip. After a good meal, they lay down for the night and went to sleep. Some hours later, Holmes awoke and  nudged his faithful friend. Holmes said: “Watson, look up and tell me what you see”.

Watson said: “I see a fantastic panorama of countless stars.”

Holmes: “And what does that tell you?”

Watson pondered for a moment: “Astronomically, it tells me that there are millions of galaxies and potentially billions of planets. Astrologically, I observe that Saturn is in Leo. Horologically, I deduce that the time is approximately a quarter past three. Theologically, I can see that God is all powerful and that we are small and insignificant. Meteorologically, I suspect that we will have a beautiful day tomorrow.”

Holmes was silent for a moment then spoke: “My good Watson… someone has stolen our tent.”

The loaded mini-van pulled into the only remaining campsite. Four children leaped from the vehicle and began feverishly unloading gear and setting up the tent. The boys rushed to gather firewood, while the girls and their mother set up the camp stove and cooking utensils.

A nearby camper marveled to the youngsters’ father, “That, sir, is some display of teamwork.”

The father replied, “I have a system — no one goes to the bathroom until the camp is set up.”

When Grandpa and Billy entered their vacation cabin, they kept the lights off until they were inside to keep from attracting insects. Still, a few fireflies followed them in. Noticing them before Grandpa did, Billy whispered, ‘It’s no use, Grandpa. The mosquitoes are coming after us with flashlights.’

In case you may be considering doing some camping this spring or summer, please note the following public service announcement:

In Alaska, tourists are warned to wear tiny bells on their clothing when hiking in bear country. The bells warn away MOST bears. Tourists are also cautioned to watch the ground on the trail, paying particular attention to bear droppings to be alert for the presence of Grizzly Bears.

One can tell a Grizzly dropping because it has tiny bells in it.

When using a public campground, a tuba placed on your picnic table will keep the campsites on either side vacant.

Old socks can be made into high fiber beef jerky by smoking them over an open fire.

When smoking a fish, never inhale.

A hot rock placed in your sleeping bag will keep your feet warm. A hot enchilada works almost as well, but the cheese sticks between your toes.

While the Swiss Army Knife has been popular for years, the Swiss Navy Knife has remained largely unheard of… Its single blade functions as a tiny canoe paddle.

Effective January 1, 1997, you will actually have to enlist in the Swiss Army to get a Swiss Army Knife.

Lint from your navel makes a handy fire starter. Warning: Remove lint from navel before applying the match.

You’ll never be lost if you remember that moss always grows on the north side of your compass.

You can duplicate the warmth of a down-filled bedroll by climbing into a plastic garbage bag with several geese.

When camping, always wear a long-sleeved shirt. It gives you something to wipe your nose on.

You can compress the diameter of your rolled up sleeping bag by running over it with your car.

Take this simple test to see if you qualify for solo camping. Shine a flashlight into one ear. If the beam shines out the other ear, do not go into the woods alone.

A two-man pup tent does not include two men or a pup.

In emergency situations, you can survive in the wilderness by shooting small game with a slingshot made from the elastic waistband of your underwear.

The guitar of the noisy teenager at the next campsite makes excellent kindling.

Check the washing instructions before purchasing any apparel to be worn while camping. Buy only those that read: “Beat on a rock in stream.”

It’s entirely possible to spend your whole vacation on a winding mountain road behind a large motor home.

Bear bells provide an element of safety for hikers in grizzly country. The tricky part is getting them on the bears.

A great deal of hostility can be released by using newspaper photos of politicians for toilet paper.

In an emergency, a drawstring from a parka hood can be used to strangle a snoring tent mate.

Get even with a bear who raided your food bag by kicking his favorite stump apart and eating all the ants.

Any stone in a hiking boot migrates to the point of maximum pressure.

The distance to a given camp site remains constant as twilight approaches.

The number of mosquitoes at any given location is inversely proportional to the amount of repellent that remains.

The probability of diarrhea increases with the square of the thistle content of the local vegetation.

The area of level ground in the neighborhood tends to vanish as the need to make camp becomes finite.

The width of backpack straps decreases with the distance hiked. To compensate, the weight of the backpack increases.

Average temperature increases with the amount of clothing brought.

Tent stakes come only in the quantity “N-1” where N is the number of stakes necessary to stake down a tent.

Propane/butane tanks that are full when they are packed, will unexplainably empty themselves before you can reach the campsite.

Given a chance, matches will find a way to get wet.

Your side of the tent is the side that leaks.

All foods assume a uniform taste, texture, and color when freeze-dried.

When reading the instructions of a pump-activated water filter, “hour” should be substituted for “minute” when reading the average quarts filtered per minute.

The weight in a backpack can never remain uniformly distributed.

All tree branches in a forest grow outward from their respective trunks at exactly the height of your nose. If you are male, tree branches will also grow at groin height.

You will lose the little toothpick in your Swiss Army knife as soon as you open the box.

Enough dirt will get tracked into the tent on the first day out, that you can grow the food you need for the rest of the trip in rows between sleeping bags.

The sun sets three-and-a-half times faster than normal when you’re trying to set up camp.

Tents never come apart as easily when you’re leaving a site as when you’re trying to get them set up in the first place.

When planning to take time off of work/school for your camping trip, always add an extra week, because when you get home from your “vacation” you’ll be too tired to go back for a week after.