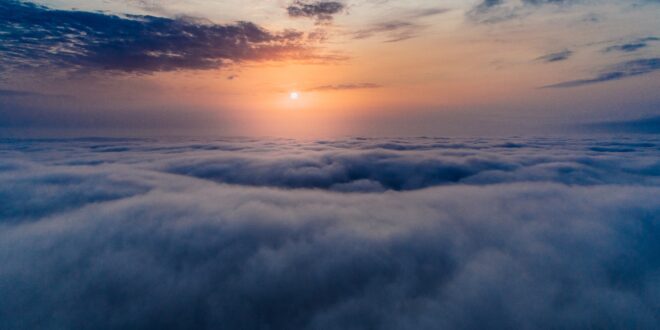 Two men died and went to heaven. God greeted them and said, “I’m sorry, gentlemen, but your mansions aren’t ready yet. Until they are, I can send you back to Earth as whatever you want to be.”

“Great!” said the first guy, “I want to be an eagle soaring above beautiful scenery!”

“No problem,” replied God, and POOF! The guy was gone.

“And what do you want to be,” God  asked the other guy.

“Easy,” replied God, and the other guy was gone.

After a few months, their mansions were finished, and God sent an angel to fetch them back.

“You’ll find them easily,” he says… “One of them is soaring above the Grand Canyon, and the other one is on a snow tire somewhere in Detroit!”

God is sitting in heaven when a scientist says to Him… “God, we don’t need you anymore. Science has finally figured out a way to create life out of nothing – in other words, we can now do what you did in the beginning.”

“Well,” says the scientist, “we can take plain dirt and form it into the likeness of you, and breathe life into it, thus creating man.”

So the scientist bends down to the earth and starts to mold the soil into the shape of a man.

After a preacher died and went to heaven, he noticed that a New York cab driver had been awarded a higher place than he.

“I don’t understand,” he complained to God. “I devoted my entire life to my congregation.”

“Our policy here in heaven is to reward results,” God explained. “Now, was your congregation well attuned to you whenever you gave a sermon?”

“Well,” the minister had to admit, “some in the congregation fell asleep from time to time.”

“Exactly,” said God, “and when people rode in this man’s taxi, they not only stayed wake, they even prayed.”

Three knuckleheads died in a car accident and landed in heaven together.

God addressed the first one, “Before you are allowed to enter heaven you must answer a question. What can you tell me about Easter?”

The first one looked puzzled for a moment then said, “Oh, I know. That’s the holiday in the fall when you pig out on Turkey and watch football games all day.”

“Wrong!” said God and the first one disappeared in a puff of smoke. God turned to the second one and asked him about Easter.

“Isn’t that the holiday in December when you get gifts and decorate a dead tree?”

“Wrong!” said God and the second one disappeared in a puff of smoke.

The last one looked nervous as God turned to him. “What can you tell me about Easter?” God asked.

“Well that’s the holiday that occurs in early spring. It begins on the day Jesus was hung on a cross between two criminals and made to wear a crown of thorns. He dies and they bury him in a cave and roll a rock over the entrance to seal it. On the third day, Jesus is supposed to rise from the dead. So they roll the stone away from the cave entrance and if Jesus pops his head out, it means six more weeks of winter.”

A priest dies and goes to heaven. There, he is met by a reception committee, and after a whirlwind tour is told that he can enjoy any of the myriad recreations available.

He decides that he wants to read all of the ancient original text of the Holy Scriptures, and spends the next eon or so learning the languages. After becoming a linguistic master, he sits down in the library and begins to pore over every version of the Bible, working back from the most recent “Easy Reading Version” to the original script.

All of a sudden there is a scream in the library.

The angels come running to him, only to find the priest huddled in a chair, crying to himself, and muttering, “An ‘R!’ They left out the ‘R’.”

God takes him aside, offering comfort and asks him what the problem is.

After collecting his wits, the priest sobs again, “It’s the letter ‘R’ … the word was supposed to be CELEBRATE!”

Three men died in a car accident and met God in heaven.

“I will ask you each a simple question. If you tell the truth you will enter heaven, but if you lie … hell is waiting for you,” God told them.

To the first man God asked, “How many times did you cheat on your wife?”

The first man replied, “I was a good husband. I never cheated on my wife.”

God replied, “Very good!  Not only will I allow you in, but for being faithful to your wife I will give you a huge mansion and a limo for your transportation.”

To the second man God asked, “How many times did you cheat on your wife?”

The second man replied, “I cheated on my wife twice.”

God replied, “I will allow you to come in, but for your unfaithfulness, you will get a four-bedroom house and a BMW.”

To the third man God asked, “So, how many times did you cheat on your wife?”

The third man replied, “I cheated on my wife about eight times.”

God replied, “I will allow you to come in, but for your unfaithfulness, you will get a one-room apartment, and a Yugo for your transportation.

A couple of hours later, the second and third men saw the first man crying his eyes out.

“Why are you crying?” the two men asked. “You got the mansion and limo!”

The first man replied, “I’m crying because I saw my wife a little while ago riding a skateboard!”