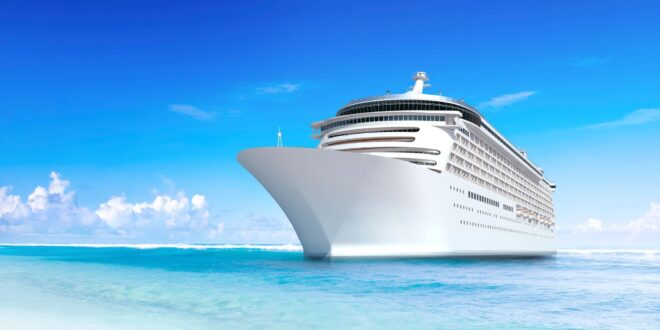 A not so true story, but an astute observation nonetheless…

One day a man decided to retire.

He booked himself on a Caribbean cruise and proceeded to have the time of his life… that is, until the ship sank.

He soon found himself on an island with no other people, no supplies, nothing, only bananas and coconuts.

After about four months, he is lying on the beach one day when the most gorgeous woman he has ever seen rows up to the shore.

In disbelief, he asks, “Where did you come from? How did you get here?”

She replies, “I rowed over from the other side of the island where I landed when my cruise ship sank.”

“Amazing,” he notes. “You were really lucky to have a row boat wash up with you.”

“Oh, this thing?” explains the woman. “I made the boat out of some raw material I found on the island. The oars were whittled from gum tree branches. I wove the bottom from palm tree branches, and the sides and stern came from a Eucalyptus tree.”

“But, where did you get the tools?”

“Oh, that was no problem,” replied the woman. “On the south side of the island, a very unusual stratum of alluvial rock is exposed. I found that if I fired it to a certain temperature in my kiln, it melted into ductile iron I used that to make tools and used the tools to make the hardware.”

The guy is stunned.

So, after a short time of rowing, she soon docks the boat at a small wharf.

As the man looks to shore, he nearly falls off the boat. Before him is a long stone walk leading to a cabin and tree house.

While the woman ties up the rowboat with an expertly woven hemp rope, the man can only stare ahead, dumb struck. As they walk into the house, she says casually, “It’s not much, but I call it home. Sit down, please.”

“No! No thank you,” the man blurts out, still dazed. “I can’t take another drop of coconut juice.”

“It’s not coconut juice,” winks the woman. “I have a still. How would you like a Tropical Spritz?”

Trying to hide his continued amazement, the man accepts, and they sit down on her couch to talk.

After they exchange their individual survival stories, the woman announces, “I’m going to slip into Something more comfortable. Would you like to take a shower and shave? There’s a razor in the bathroom cabinet upstairs.”

No longer questioning anything, the man goes upstairs into the bathroom. There, in the cabinet is a razor made from a piece of tortoise bone. Two shells honed to a hollow ground edge are fastened on to its end inside a swivel mechanism.

When he returns, she greets him wearing nothing but some small flowers on tiny vines, each strategically positioned… she smelled faintly of gardenias. She then beckons for him to sit down next to her.

“Tell me,” she begins suggestively, slithering closer to him. “We’ve both been out here for many months. You must have been lonely. When was the last time you played around?” She stares into his eyes.

He can’t believe what he’s hearing. “You mean…” he swallows excitedly as tears start to form in his eyes… “You’ve built a Golf Course?”