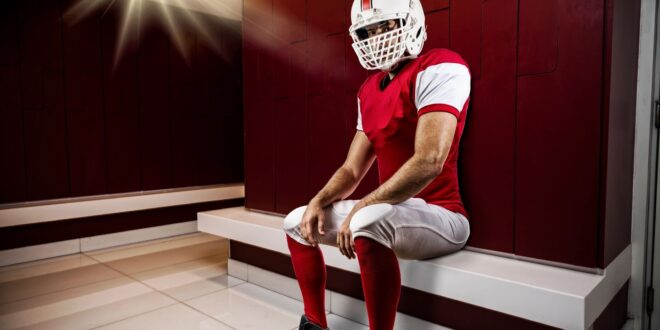 Let’s go! Everyone on the bus!!! That was my command as I sat down behind the wheel of the 29 passenger school bus and proceeded to drive the Gloucester Catholic High School football team to a practice field about 5 miles from the school. Our camp before school began this way and ended with the bus ride home. When school began the students were required to make it to practice field on their own!!!! I used to coach at a high school where you walked out of the locker room and stepped onto the practice field field, so this driving the team to practice was very new to me. The bottom line was, this was the only means the team arrived at practice together for camp.

I was a adjunct coach coaching football at Gloucester Catholic and teaching at a public school 40 miles away.Once school started,I was was fortunate to have great assistants running the beginning of practice until I arrived.

The season was a so so season but the players had a lot of heart and what I found out later great attitude.
An attitude I had not seen for a long time.

We had a team rule concerning missing practice. If you missed practice you were made to do 100 hills. The hill was a small patch of dirt with not too much incline to it. It was the best spot within the range of the practice field we could find.

One day it was relayed to me the players would rather miss practice and do the hills because the hills were very easy. Well I saw red and Immediately called the team to a huddle and ranted that the hill punishment was being raised to 1000 for missing practice instead of 100.
I know– the minute I uttered those words , I realized I could not take them back! Once you say something in coaching you have to follow through with it.
Well no one missed practice from that time on!!! Until the week of the ring ceremony dance.

A long time tradition at the school was having the junior class receive their senior class rings at a mass and a dance on the same date every year. This was to take place on a Thursday. So the Athletic Director called me to allow 17 juniors to leave practice early so they could attend the Ring Ceremony. I agreed and saw no problem with the request.

The next day (Thursday) when I arrived at practice I was informed that the 17 Juniors on the team skipped practice to attend the ring ceremony. They did not know of my conversation with the Athletic Director on the previous day.
I told the assistant about the phone call from the AD and that permission would be given for the boys to leave practice early.
He asked what about the hills–I replied that’s a 1000 per man.
but let me sleep on it.

The next day while driving to practice I continued to wonder what to do with the 17 Juniors, many of whom were starters.
When I arrived at practice I received my answer. All 17 boys were running their hills. A coach was counting the hills and he told me later they knew all along they would have to run the hills for missing practice and without exception they were going to run their hills. I did no mention the hills or the missing practice, but the boys made it to practice early and ran their hills until they were completed.

They did not try to beg off or ask to have amount cut. They realized they would have to pay the consequence once they decided to cut practice.
I was more proud of the boys every day I arrived at practice and saw them running their hills without a whimper. To this day we have never spoken about the incident except in what I am doing now–Telling their story!

Some times I feel this type of attitude is missing in our young people, but that week at Gloucester Catholic football practice Attitude was King!!!