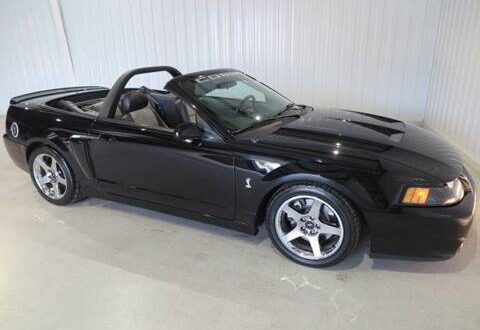 I decided it was important to write this down… God is still working things out for our good, even in today’s world, and I didn’t want to forget any detail!

Where do I even begin? The Mustang Story starts with the “cute little red Grand Am” story. After a decision to live without a 7 year financial commitment to a car, I decided to buy an inexpensive car, pay it off quickly, and begin a new way of life for me: one free of monthly payments and debt. This great idea was not as easy to pull off as I thought. After weeks of looking for a perfect car, then settling for one that just ran good, then lowering my standards again to ANYTHING I could afford, I found the perfect car!

I had gone to one of what seemed like hundreds of car lots only to find blemished, used up, other peoples’ abandoned treasures when I spotted this cute little red Grand Am sitting off to the side. It belonged to the salesman and he had bought it for his niece and she had decided to buy an SUV instead. He had been driving it himself and not really trying to sell it. It MUST be my car!! God knew I had been praying about my car situation and He was giving me this beauty! Someone else had made an offer on it and was supposed to try to get the money together and let them know by the next day. God was in control so I could wait! I was just sure it was my car, even though the price was higher than I had determined to spend. As it turns out, it WAS my car, it was perfect and had low mileage and it was newly painted RED! The other buyer backed out, the salesman came down on the price that was just in my range and I drove it away. It was a true gift from God and an answer to prayer. I gave God the praise and the glory every time I looked at it and told everyone that amazing story!

A few months later, the car was paid for and I was enjoying not having a car payment for the first time in my life! One rainy, storming night on my way home from work, I turned a corner and found myself on a flooded street. As bigger cars and trucks went around me, I was swamped from the rush of water and the car stalled. I decided to sit it out, call a tow truck and when they pulled me out, I would just drive my car home. Simple. As I sat there praying, I told God my plan (I always say, if you want to make God laugh, tell Him your plans!). Well, it didn’t quite work out that way!

After an hour of torrential rain, (and HUGE trucks still forcing water over my hood!), I was still high and dry inside but the water outside was now up to the middle of my door. A puddle was forming on my floorboard but I was sure it would drain and dry out after the tow truck arrived! I noticed a policeman wading toward me through the lake in which I was now sitting. I rolled down the window to tell him I was fine and waiting for the tow truck and before I could even think, he said I needed to get out of the car and OPENED MY DOOR to “rescue” me from my car!

Needless to say, the force of the water gushed into the car, covering me and my beautiful little car! So much for my plans to drive my car home. In the days to come, the insurance company would total my beautiful God car and with $1000 more than I paid for it, I would start the tedious process of car shopping for a used car all over again. I could not understand why God would allow me to lose something that I gave Him glory for giving to me… unless He had a BETTER plan for my car. I did have more money to spend this time so that was a blessing. What could it be? I was excited to find out!

Once again, I began the car search. I tried to keep a good attitude as I began to look at one after another cars that have, for whatever reason, been rejected by their former owners and were now vying for my attention. Luckily for me (not for him!), my son was out of town for an extended time and he gave me his car to use, so at least I had no problems getting to work… and to look at cars.

Every day off, for three weeks, I looked for cars. During the times I wasn’t out looking, I searched online for some one-owner, “little old lady” car with low mileage and no issues. RIGHT! One day, after several disappointments, I was in another town running down a hot CAR tip and turned the wrong way. Seeing the numbers were going the wrong direction, I went to turn around, saw a car lot and thought I would check it out AND turn around at the same time. I found myself behind the CAR OF MY DREAMS……a 2004 40th ANNIVERSARY MUSTANG CONVERTIBLE, PEWTER WITH A BLACK TOP!! I start to cry thinking God had sent me here to finally claim my prize, the car I had dreamed about for years!

FLASH BACK to the year 2006. I was looking for a new car and saw this gorgeous Mustang from the street and pulled in the car lot to take a look. It was perfect and almost new! I drove it, loved it and desperately wanted to buy it. It was just totally out of my monthly payment budget, so after several attempts to figure it all out, I said goodbye to my dream car. Over the years, I have pointed out the car as I saw it pass by, mentioned it longingly to friends and family and kept it in the back of my mind as a dream that just never came true. And here I am pulling in right behind this car… was God leading me to turn the “wrong” way and end up here? I was certain of it!

The salesman comes out. In retrospect, I am sure he wishes he could have passed on this event! I start blurting out that this is my car, God sent me here, it was my dream car and (with tears rolling down) HE wants me to finally have it! By the way, what is the cost!? He said he JUST got it in, he had no idea what the price was but he was very happy that I wanted to buy it! I drove it, told the condensed version of the story of how I have loved this car for years and just lost a cute red car, made a wrong turn and GOD SENT ME THERE!!

I made a very low offer of $3,000 less than their asking price… which was still $3000 more than I had in my pocket to spend! I heard nothing. I told everyone who would listen the story of my Mustang. Everyone had advice. Most said BUY IT, it is YOUR car, pay a fair price and get it! I prayed for a number to offer and PEACE about whatever I did. I did my part working out the financial end and waited for God to give me a bolt of lightening of guidance!!

The next morning on my drive to work, I had decided to offer $1000 more and that would be the most I would do and my bottom line price I could pay. If that didn’t work, it obviously wasn’t my car and I was prepared to move on. I couldn’t reach them by phone at 7am, so as soon as I got to work, I sent them a fax with my FINAL offer and even said I would throw in a meal for everyone there… including dessert… if they accepted my offer (I even added a note at the bottom – if they had decided to give it to me at yesterday’s price to just disregard the fax)!

Drama follows… HUGE drama involving lots of communication and mis-communication about the details of the sale. Every day, a co-worker would ask for an update on the Mustang saga. He had loved the car through the years with me and if I wasn’t getting it, he would go and buy it over the weekend. He went to the car dealership, made an offer of $1500 more than mine and they refused! Amazing. They didn’t even take his number so they could call him back! He was stumped about the whole thing but I told him it definitively must be my car since there was no way he could buy a car that God had already arranged for ME! Did they have someone else in mind or was it really God working it out for MY good?

I started looking for cars again knowing that if I was supposed to get that car, God wouldn’t let anyone else have it, right? I thought my faith was strong… but what if it was just too much money? Would God want me to not be a good steward of my financial situation and just buy it anyway? I held my ground, remained peaceful and continued to look at one disappointing car after another when THE CALL CAME IN!! They would accept my offer!

The next morning, I had the money, in cash, in my hand and went to pick up my new baby! THE END.

Actually, it really isn’t the end… and so many parts of the story are left out. The countless friends and family offering me their cars, their money, their insight to help me make a dream come true. So many believing that God had indeed sent me to that car and it was all part of His plan. Based on the money I had, I knew I still couldn’t afford that Mustang so I never even looked for it. God had to literally drive me right into it, have a sweet friend loan the extra money and give me peace through it all so He could show me how much he wanted to bless me!

So many people will hear this story and I can only hope a small seed is planted in those who are not believers. For those of us who do believe, keep the faith! I couldn’t help but think how many times I have put God in a box and may have missed His best for me just because I couldn’t, humanly, begin to figure out how something I have been praying about could possibly happen. I long to see things thorough His eyes and with His perspective. Wouldn’t that be something?!

The best ending for this story would be if my Mustang was THE Mustang I drove back in 2006! Well, I called the dealer and had them check the identification number and it WAS!! Isn’t God fun?!

Previous Is Your Hut Burning?
Next Nothing is Written