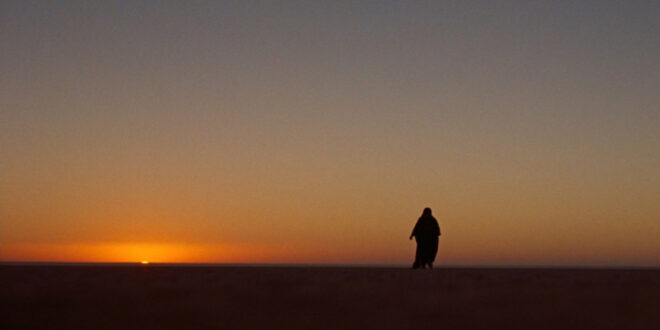 My all-time favourite film is “Lawrence Of Arabia,” and if I have a favourite scene from the movie, then I guess it is the one of Lawrence’s triumphal return from the Nefud desert, having gone back to rescue the Arab Gasim. The crossing of the Nefud desert is considered impossible, even by the local Arabs, but Lawrence persuades them that, in this way, they can take the Turkish port at Aqaba from the rear.

Having carried out the superhuman feat of traversing this furnace, it is discovered that one of the Arabs, Gasim, has fallen off his camel and is no doubt dying somewhere back in the desert. Lawrence is told that any idea of rescue is futile and, in any event, Gasim’s death is “written”. When Lawrence achieves the impossible and returns with Gasim still alive, Sherif Ali admits to him: “Truly, for some men nothing is written unless they write it”.

As an impressionable teenager when this film was first released, I was stunned by Lawrence’s courage and unselfishness in going back into the hell of the Nefud to attempt to find a man he hardly knew among the vast expanse of a fiery terrain and I was so moved by the sense of purpose of a man who is determined to take nothing as “written” but to shape his own destiny. This sense of anti-determinism and this belief that anything is possible has stayed with me always and continues to inspire me in small ways and large.

Roger Darlington is a portfolio worker, specialising in consumer affairs and the communications industry. Roger, who is half English and half Italian (his wife is half Welsh and half Czech), lives in London, England. He enjoys travelling to new countries and experiencing new cultures. His web site is filled with enriching content featuring many of his writings and favorite collections of knowledge. Visit www.rogerdarlington.co.uk

Previous Mustang Dream
Next Sleep Through A Storm