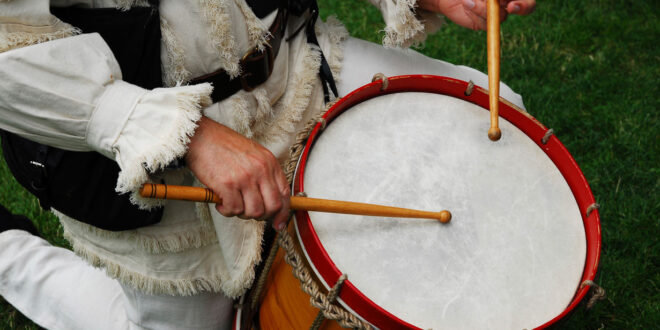 One of these was a boy who had been in the service for only 3 months. Since he was too young to be a soldier, he had enlisted as a drummer. When my assistants came to give him chloroform before the amputation, he turned his head and refused it. When they told him that it was the doctor’s orders, he said, “Send the doctor to me.”

I came to his bedside and said, “Young man, why do you refuse the chloroform? When I picked you up on the battlefield, you were so far gone that I almost didn’t bother to pick you up. But you opened those large blue eyes, it occurred to me that you had a mother somewhere who might be thinking of you that very moment. I didn’t want you to die on the field, so I had you brought here. But you’ve lost so much blood that you’ve just too weak to live through an operation without chloroform. You’d better let me give you some.”

He laid his hand on mine, looked at me in the face and said, “Doctor, one Sunday afternoon, when I was nine and a half years old, I gave my life to Christ. I learned to trust Him then, I know I can trust Him now. He is my strength. He will support me while you amputate my arm and leg.”

I asked him if he would at least let me give him a little brandy.

Again he looked at me and said, “Doctor, when I was about 5 years old, my mother knelt by my side with her arms around me and said, ‘Charlie, I am praying to Jesus that you will never take even one drink of alcohol. Your father died a drunkard, and I’ve asked God to use you to warn people against the dangers of drinking, and to encourage them to love and serve the Lord.’ I am now 17 years old, and I have never had anything stronger than tea or coffee. There is a very good chance that I am about to die and go into the presence of my God. Would you send me there with brandy on my breath?”

I will never forget that look that boy gave me. At that time I hated Jesus, but I respected that boy’s loyalty to His Saviour. And when I saw how he loved and trusted Him to the very end, something deeply touched my heart. I did for that boy what I had never done for any other soldier – I asked him if he wanted to see his chaplain.

The Chaplain knew the boy well from having seen him often at the tent prayer meetings. Taking his hand he said, “Charlie, I am sorry to see you like this.”

“Oh, I am all right, sir,” answered Charlie. “The doctor offered me chloroform, but I told him I didn’t want any. Then he wanted to give me brandy, which I didn’t want either. So now, if my Saviour calls me I can go to Him in my right mind.”

“You must not die, Charlie,” said the chaplain, “but if the Lord does call you home, is there anything I can do for you after you’re gone?”

“Chaplain, please reach under my pillow and take my little Bible. My mother’s address is inside. Please send it to her and write a letter for me. Tell her that since I left home, I have never let a single day pass – no matter if we were on the march, on the battlefield, or in the hospital – without reading a portion of the God’s word, and daily praying that He would bless her.”

“Is there anything else I can do for you, my lad?” asked the chaplain.

“Yes- please write a letter to the Sunday School teacher of the Sands Street Church in Brooklyn, New York. Tell him that I’ve never forgotten his encouragement, good advice, and many prayers for me. They have helped me and comforted me through all the dangers of battle. And now, in my dying hour, I thank the Lord for my dear old teacher, and ask Him to bless and strengthen him. That is all.”

Then turning to me, he said, “I’m ready, doctor. I promise I won’t even groan while you take off me arm and leg if you don’t offer me chloroform.”

I promised, but I didn’t have the courage to take knife in my hand without first going into the next room and taking a little brandy myself.

While cutting through the flesh, Charlie Coulson never groaned. But when I took the saw to separate the bone, the lad took the corner of his pillow in his mouth and all I could hear him whisper was, “O Jesus, blessed Jesus! Stand by me now.” He kept his promise. He never groaned.

I couldn’t sleep that night. Whichever way I tossed and turned, I saw those soft blue eyes, the words, “Blessed Jesus! Stand by me now.” Kept ringing in my ears. A little after midnight, I finally left my bed and visited the hospital – something I had never done before unless there was an emergency. I had such a strange and strong desire to see that boy.

When I got there, an orderly told me that 16 of the badly wounded soldiers had died. “Was Charlie Coulson, one of them?” I asked.

When I came to his bed, one of the nurses said that at about 9 o’clock two members of the YMCA came through the hospital to sing a hymn. The Chaplain was with them, he knelt by Charlie’s bed and offered a fervent and soul-stirring prayer. Then, while still on their knees, they sang one of the sweetest of all hymns, “Jesus, Lover Of My Soul.” Charlie sang along with them, too. I couldn’t understand how that boy, who was in such horrible pain, could sing.

Five days after I performed the operation, Charlie sent for me, and it was from him that I heard my first Gospel sermon. “Doctor,” he said, “my time has come. I don’t expect to see another sunrise. I want to thank you with all my heart for your kindness to me. I know you are Jewish, and that you do not believe in Jesus, but I want you to stay and see me die trusting me Saviour to the last moment of me life.” I tried to stay, but I just couldn’t – I didn’t have the courage to stand by and see a Christian boy die rejoicing in the love of that Jesus who I hated. So, I hurriedly left the room.

About 20 minutes later an orderly came and found me sitting in my office with my hands covering my face. He told me that Charlie wanted to see me. “I’ve just seen him,” I answered. “and I can’t see him again.”

“But, doctor, he says he must see you once more before he dies.’

So, I made up my mind to go and see Charlie, say an endearing word and let him die. However, I was determined that nothing he could say would influence me in the least bit, so far as his Jesus was concerned.

When I entered the hospital I saw he was sinking fast, so I sat down by his bed. Asking me to take his hand, he said, “Doctor, I love you because you are a Jew. The best friend I’ve found in the world was a Jew.” I asked him who that was, and he answered, “Jesus Christ, and I want to introduce you to Him before I die. Will you promise me, doctor that what I am about to say to you, you will never forget?” I promised, and he said, “5 days ago, while you amputated my arm and leg, I prayed to the Lord Jesus Christ and asked Him to make His love known to you.”

Those words went deep in my heart. I couldn’t understand how, when I was causing him the most intense pain, he could forget about himself and think of nothing but the Saviour and my unconverted soul Ail I could say to him was, “Well, my dear boy, you will soon be all right.” With these words I left him, and 12 minutes later, he fell asleep, safe in the arms of Jesus.

Hundreds of soldiers died in my hospital during the war, but I only followed one to the grave, and that was Charlie Coulson. I rode 3 miles to see him buried. I had him dressed in a new uniform, and placed in an officer’s coffin, with a United States flag over it.

That boy’s dying words made a deep impression on me. I was rich at that time so as far as money was concerned, but I would have given every penny I possessed if I could have felt towards Christ as Charlie did. But that feeling cannot be bought with money. Alas, I soon forgot all about my Christian soldier’s little sermon, but I could not forget the boy himself. Looking back, I now know I was under deep conviction of sin at that time. But for nearly 10 years I held back, until finally the dear boy’s prayer was answered, and I surrendered my life to the love of Jesus.

About a year and a half after my conversion, I went to a prayer meeting one evening in Brooklyn. It was one of those meetings where Christians testify about the loving kindness of God. After several had spoken, an elderly lady stood up and said, “Dear friends, this may be the last time I have a chance to publicly share how good the Lord has been to me. My doctor told me yesterday that my right lung is nearly gone, and my left lung is failing fast, so at the best I only have a short time to be with you. But what is left of me belongs to Jesus. It’s a great joy to know that I shall soon meet my son with Jesus in heaven.

“Charlie was not only a soldier for his country, but also a soldier for Christ. He was wounded at the battle of Gettysburg, and was cared for by a Jewish doctor, who amputated his arm and leg. He died 5 days after the operation. The chaplain of the regiment wrote me a letter and sent me my boy’s Bible. I was told that in his dying hour, my Charlie sent for that Jewish doctor and said to him, “5 days ago, while you amputated my arm and leg, I prayed to the Lord Jesus Christ for you.”

As I heard this lady speak, I just couldn’t sit still! I left my seat, ran across the room and took her hand and said, “God bless you, my dear sister. Your boy’s prayer has been heard and answered! I am the Jewish doctor that Charlie prayed for, and his Saviour is now my Saviour! The love of Jesus has won my soul!”

A true account about “Charlie Coulson – The Christian Drummer Boy” taken from an old, out of print book called “Touching Incidents and Remarkable Answers to Prayers.” The image below is of a Paperback Book available at Amazon.com for $124.95, as it was dated January 1, 1895

Previous Tarra & Bella: The Elephant and Dog Who Became Best Friends
Next A Grateful Whale