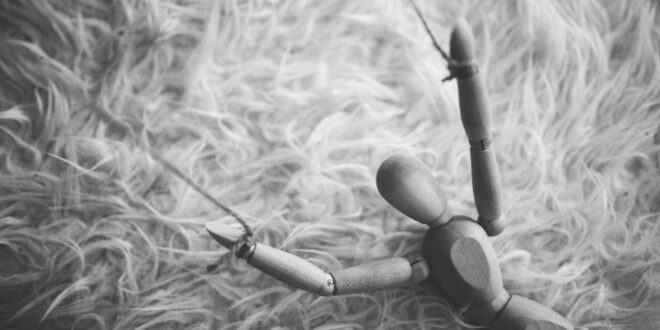 NOTE: This is the work of an obscure Mexican ventriloquist who had written it for his puppet sidekick “Mofles.” But somehow his name had been replaced by Gabriel Garcia Marquez, winner of the 1982 Nobel Prize for Literature. Welch admitted that he was not a great writer, but felt disappointed in not getting credit. During the summer of 1999, Garcia Marquez (author of “One Hundred Years of Solitude”), was treated for lymphatic cancer. In the wake of that, this poem has circulated online as his farewell letter to friends. While, in fact, it was written about how a puppet would feel if given a chance, by God, at real life. — ENJOY!
———–

If, for a moment, God would forget that I am a rag doll and give me a scrap of life…

I would value things not for how much they are worth but rather for what they mean.


I would sleep little, dream more. I know that for each minute that we close our eyes we lose sixty seconds of light.


I would listen when the others speak, and how I would enjoy a good chocolate ice cream.


If God would bestow on me a scrap of life, I would dress simply, I would throw myself flat under the sun, exposing not only my body but also my soul.


My God, if I had a heart, I would write my hatred on ice and wait for the sun to come out. With a dream of Van Gogh I would paint on the stars a poem by Benedetti, and a song by Serrat would be my serenade to the moon.


With my tears I would water the roses, to feel the pain of their thorns and the incarnated kiss of their petals.

My God, if I only had a scrap of life…


I wouldn’t let a single day go by without saying to people I love, that I love them.


I would convince each woman or man that they are my favourites and I would live in love with love.

To a child I would give wings, but I would let him learn how to fly by himself. To the old I would teach that death comes not with old age but with forgetting.

I have learned so much from you men…


I have learned that everybody wants to live at the top of the mountain without realizing that true happiness lies in the way we climb the slope.


I have learned that when a newborn first squeezes his father’s finger in his tiny fist, he has caught him forever.


I have learned that a man only has the right to look down on another man when it is to help him to stand up.

I have learned so many things from you, but in the end most of it will be no use because when they put me inside that suitcase, unfortunately, I will be dying.

IF YOU ENJOYED THIS, PLEASE SHARE IT WITH OTHERS. THANK YOU!