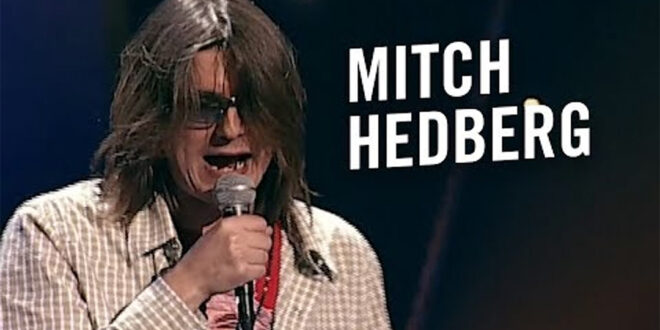 WARNING: There are some off-color words in these jokes.

“I haven’t slept for ten days, because that would be too long.”

“I don’t have a girlfriend. But I do know a woman who’d be mad at me for saying that.”

“I don’t own a cell phone or a pager. I just hang around everyone I know, all the time. If someone wants to get a hold of me, they just say ‘Mitch,’ and I say ‘what?’ and turn my head slightly.”

“I bought a donut and they gave me a receipt for the donut. I dont need a receipt for a donut man. I’ll just give you the money, then you give me the donut. End of transaction. We dont need to bring ink and paper into this. I just can’t imagine a scenario where I’d have to prove I bought a donut. Some skeptical friend? Don’t even act like I didnt get that donut. I got the documentation right here. Oh. Wait. Its at home. In the file. Under D. For donut.”

“I was walking down the street with my friend and he said, I hear music. As if there’s any other way you can take it in. You’re not special. Thats how I receive it too.”

“I’ve got two straws in here, in case one breaks down.”

“I saw a commercial on late-night TV that said ‘Forget everything you know about slipcovers.’ So I did. It was a load off my mind. Then the commercial tried to sell slipcovers and I didn’t know what the hell they were.”

“I’m against picketing, but I don’t know how to show it.”

“A burrito is a sleeping bag for ground beef.”

“I had my hair highlighted because I thought some strands were more important than others.”

“Dr.Scholl’s makes foot products. Right? And he’s a doctor… which means he went to school for a long time. But it doesn’t take a lot to figure out that stepping on a cushion will be more comfortable. That sucker wasted lots of time at school. ‘Cause I woulda bought that stuff from a Mr. Scholl… even a Senior Scholl.”

“If I had a dollar for every time I said that… I’d be making money in a weird way.”

“Last week, I helped a friend stay put. It’s a lot easier than helping someone move. I just went over to his house and made sure he did not start loading shit on a truck.”

“I taught myself how to play guitar. Which was a bad decision because I did not know how to play it. I was a shitty teacher. I would never have went to me.”

” My fake plants died because I did not pretend to water them.”

” I’d hate to be a giraffe with a sore throat.”

“I bought myself a parrot. It talked. But it did not say it was hungry, so it died.”

“I was in downtown Boise Idaho and I saw a duck. I knew the duck was lost, because ducks aren’t supposed to be downtown. There’s nothing for ’em there. So I went to a Subway sandwich shop. I said, “Let me have a bun.” She wouldn’t sell me just the bun, she said it had to have something on it. She said it’s against Subway regulations to sell just the bun. I guess the two halves ain’t supposed to touch. So, I said, “All right, put some lettuce on it.” “That’ll be $1.75!” I said, “It’s for a duck!” “Oh, alright, then it’s free.” I did not know that. Ducks eat for free at Subway! Had I known that, I would have ordered a much larger sandwich. “Let me have the steak fajita sub, and don’t bother ringing it up – it’s for a duck! There are six ducks out there, and they all want Sun Chips!” — Listen to Mitch tell this joke at YouTube >

“Tennis to me is depressing, because, no matter how good I get, I’ll never be as good as a brick wall. I played a wall once… they’re relentless.”

“Whenever I walk, people try to hand me flyers. When someone tries to hand me a flyer it’s kinda like they’re saying, ‘Here, you throw this away.’”

“I hate turtlenecks, man. A turtleneck is like being strangled by a really weak guy.”

“I wish they made fajita cologne… ’cause that shit smells good.”

“I’m sick of following my dreams, man. I’m just going to ask them where they’re going, and hook up with them later.”

“I know a lot about cars. I can look at a car’s headlights and tell you exactly which way it’s coming.”

‘I want to hang a map of the world in my house, and put pins into all the locations that I’ve travelled to. But first I’m gonna have to travel to the top two corners of the map so it won’t fall down.”

“I was on a bus, and it was the middle of the night, and I was eating crackers with Easy Cheese. And it was completely dark. So each bite into the cracker was a surprise, as to how much Easy Cheese I had applied. Which makes me believe they should have a glow in the dark version of Easy Cheese. It’s not like the product has any integrity to begin with. If you buy a room temperature cheese that you squeeze out of a can… you probably won’t get mad if it glows in the dark too.”

Mitch’s outgoing voicemail message… “If you would like to hear a loud tone, press 2. If not, leave a message.”