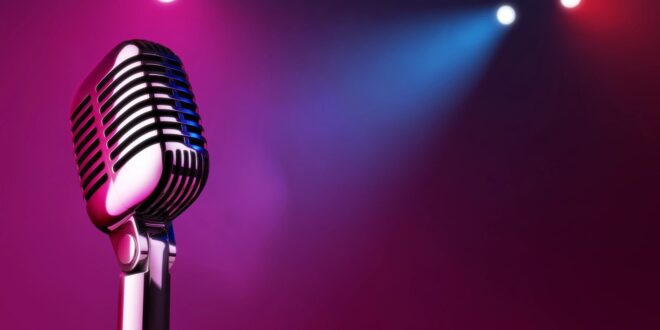 A Jewish businessman in Chicago sent his son to Israel for a year to  absorb the culture. When the son returned, he said, “Papa, I had a great  time in Israel. By the way, I converted to Christianity.”

He took his problem to his best friend. “Ike,” he  said, “I sent my son to Israel, and he came home a Christian. What can I  do?” “Funny you  should ask,” said Ike. “I too, sent my son to Israel, and he also came  home a Christian. Perhaps we should go see the rabbi. So they did,  and they explained  their problem to the rabbi.

“Funny you should ask,” said the rabbi. “I, too, sent my son to Israel, and he also came home a Christian. What is happening to our young people?”

And so they all prayed, telling the Lord about their sons. As they finished their prayer, a voice came from the Heavens:

“Funny you should ask,” said the booming voice: “I, too, sent my Son to Israel!

Sitting by the window of her convent, Sister Barbara opened a letter from home one evening. Inside the letter was a $100 bill her parents had sent.

Sister Barbara smiled at the gesture. As she read the letter by the window, she noticed a shabbily dressed stranger leaning against the lamp post below.

Quickly, she wrote, “Don’t despair. Sister Barbara,” on a piece of paper, wrapped the $100 bill in it, got the man’s attention and tossed it out the window to him. The stranger picked it up, and with a puzzled expression and a tip of his hat, went off down the street.

The next day, Sister Barbara was told that a man was at her door, insisting on seeing her. She went down, and found the stranger waiting. Without a word, he handed her a huge wad of $100 bills.

A middle aged woman had a heart attack and was taken to the hospital. While on the operating table she had a near death experience. Seeing God she asked “Is my time up?” God answered, “No, you have another 40 years, 2 months and 8 days to live.”

Upon recovery, the woman decided to stay in the hospital and have a facelift, liposuction, and a tummy tuck. She even had someone come in and change her hair color. Since she had so much more time to live, she figured she might as well make the most of it.

After her last operation, she was released from the hospital. While crossing the street on her way home, she was hit by a car and died immediately.

Arriving in front of God, she demanded, “I thought you said I had another 40 years, why didn’t you pull me from out of the path of the car?”

God replied, “I didn’t recognize you.”

A little boy was attending his first wedding. After the service, his cousin asked him, “How many women can a man marry?”

His cousin was amazed that he had an answer so quickly. “How do you know that?”

The man was pleased with his purchase and immediately got on the animal to try out the preacher’s instructions.

“This is great!”, said the man. With a “Hallelujah,” he rode off very proud of his new purchase. The man traveled for a long time through some mountains.

Soon he was heading towards a cliff. He could not remember the word to make the donkey stop.

Finally, in desperation, the man said a prayer… “Please, Dear Lord. Please make this donkey stop before I go off the edge of this mountain, in Jesus’ name, AMEN.”

The donkey came to an abrupt stop just one step from the edge of the cliff.

A preacher was making his rounds to his parishioners on a bicycle, when he came upon a little boy trying to sell a lawn mower.  “How much do you want for the mower?” asked the preacher.

“I just want enough money to go out and buy me a bicycle,” said the little boy.

After a moment of consideration, the preacher asked, “Will you take my bike in trade for it?”

The little boy asked if he could try it out first, and after riding the bike around a little while said, “Mister, you’ve got yourself a deal.”

The preacher took the mower and began to try to crank it.  He pulled on the rope a few times with no response from the mower.  The preacher called the little boy over and said, “I can’t get this mower to start.”

The little boy said, “That’s because you have to cuss at it to get it started.”  The preacher said, “I am a minister, and I cannot cuss.  It has been so long since I have been saved that I do not even remember how to cuss.”

The little boy looked at him happily and said, “Just keep pulling on that rope.  It’ll come back to ya!”

A college drama group presented a play in which one character would stand on a trapdoor and announce, “I descend into hell!” A stagehand below would then pull a rope, the trapdoor would open, and the character would plunge through.

The play was well received. But, when the actor playing the part became ill, another actor who was quite overweight took his place. When the new actor announced, “I descend into hell!” the stagehand pulled the rope, and the actor began his plunge… but he became hopelessly stuck. No amount of tugging on the rope could make him descend.

Then one student in the balcony jumped up and yelled, “Hallelujah! Hell is full!”

A biker was riding along a California beach when suddenly the sky clouded above his head and, in a booming voice, the Lord said, “Because you have TRIED to be faithful to me in all ways, I will grant you one wish.”

The biker pulled over and said, “Build a bridge to Hawaii so I can ride over anytime I want.”

The Lord said, “Your request is materialistic… think of the enormous challenges for that kind of undertaking. The supports required to reach the bottom of the Pacific! The concrete and steel it would take! It will nearly exhaust several natural resources. I can do it, but it is hard for me to justify your desire for worldly things. Take a little more time and think of something that would honor and glorify me.”

The biker thought about it for a long time. Finally he said, “Lord, I wish that I could understand my wife. I want to know how she feels inside, what she’s thinking when she gives me the silent treatment, why she cries, what she means when she says ‘nothing’s wrong,’ and how I can make this woman truly happy.”

The Lord replied, “You want two lanes or four on that bridge?

The next patron to come in was an Englishman with a hunched back. He shuffled over to a booth and asked the waitress for a glass of hot tea. He also glanced across the restaurant and asked “Is that Jesus over there?” The waitress nodded, so the Englishman said to give Jesus a cup of hot tea, too.

The third patron to come into the restaurant was a Alabama Redneck. He swaggered over to a booth, sat down and hollered “Hey there, sweet thang, hows about gettin me a cold glass of Coke!” He too looked across the restaurant and asked, “Is that God’s boy over there?”  The waitress nodded so the Redneck said to give Jesus a cold glass of coke, too.

As Jesus got up to leave.  He passed by the Irishman and touched him and said, “For your kindness, you are healed. The Irishman felt the strength come back into his leg and got up and danced a jig out the door.

Jesus also passed by the Englishman, touched him and said, “For your kindness, you are healed.” The English man felt his back straightening up and he raised up his hands, praised the Lord and did a series of back flips out the door.

Then Jesus walked towards the Redneck. The Redneck jumps up and yells, “Hey, man, don’t touch me… I’m drawin’ disability!!

WHAT WOULD JESUS DO?

A mother was preparing pancakes for her sons, Kevin aged 5, and Ryan, aged 3. The boys began to argue over who would get the first pancake. Their mother saw the opportunity for a moral lesson. “If Jesus were sitting here, He would say, “Let my brother have the first pancake. I can wait.”

Kevin turned to his younger brother and said, “Ryan, you be Jesus!”

The Ten Commandments In Cajun (Keeps it REAL Simple)

Previous What A Difference A Few Hours Makes
Next Lawyer Jokes